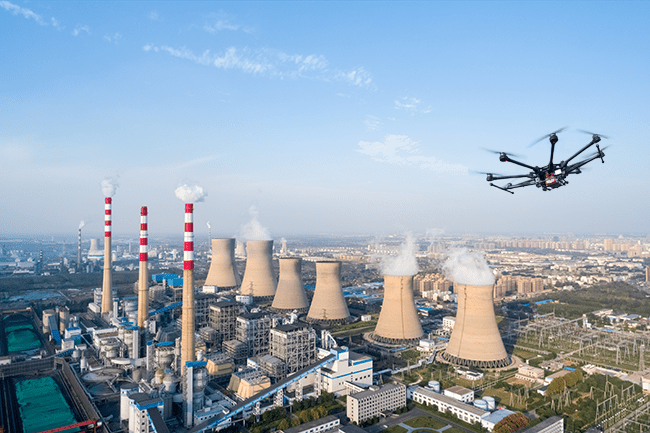 If parts of the United States’ power grid were shut down by a cyber-attack, it could cost the U.S. economy as much as $1 trillion. And the risk is real.

But that’s not all. While security searches of workers and vehicles may keep out weapons or small explosives on the ground, there’s no such perimeter security in the sky. If weapons or explosives were dropped in via drones, security response teams could be outmaneuvered by armed attackers already inside the perimeter.

Drones could also create distractions. What if a drone flew into a perimeter fence? Or broadcast loud sounds of gunfire or explosions?  It could cause crucial response team delays. Further, activists could use drones to record damaging video and send it to the media.

AeroDefense’s critical infrastructure drone detection system, AirWarden™, detects drones as they enter your airspace. And can detect the pilot, even if they’re outside your facility. It alerts appropriate personnel via command console, text message or email, so you can respond quickly and effectively. In addition, mobile AirWarden™ sensors can be deployed on security patrol vehicles which adds flexibility to your detection system. And because it’s a passive solution, no special training is required.