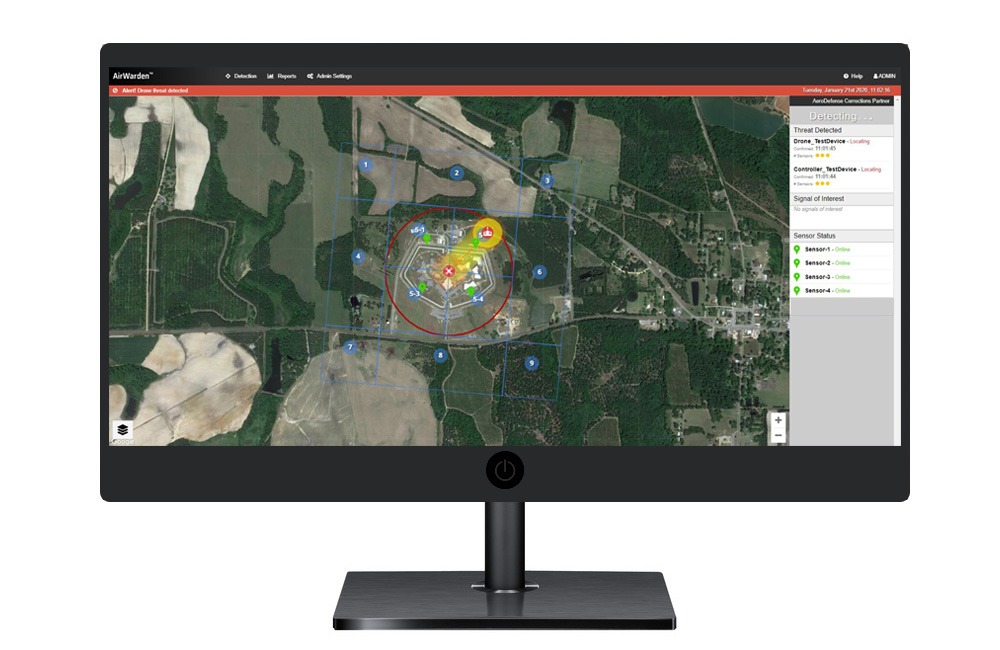 AirWarden™ is an advanced drone detection system that identifies and classifies Radio Frequency (RF) drone and controller signatures and uses these signals to locate both devices.

Many drone detection systems were developed, in remote areas, like the desert. This gave developers wide open areas to fly drones and test their system. The challenge is they’ve had limited experience in urban areas where buildings, cars, and other RF signals in the environment have a huge impact on the ability to detect drones and controllers.

AirWarden™ was developed in urban New Jersey. Moreover, it has undergone extensive testing at an NFL Stadium where ambient RF signals can increase by 50,000 times during pre-game tail gaiting. As a result the system provides reliable detection and a low false positive rate, even in the toughest, busiest urban environments.

When the system detects a drone or controller near your facility, it can alert security personnel via:

Detects Both Known and Unidentified Drones

AirWarden™ can detect any drone that emits an RF signal. This includes popular, ready-to-fly consumer drones, commercial drones, custom “kit” or Do It Yourself (DIY) drones and even a swarm of tiny micro-drones. Because the system uses the physical signature of a signal to identify drones, it can detect both known and unidentified drones. This means that it will detect new drones on the market even if the system’s ‘drone library’ has not been updated.

Does Not Decode or Demodulate Signals

If an RF detection solution “decodes” or “demodulates” the signal to extract the drone type, GPS coordinates or the “Return to Launch” GPS coordinates, it violates U.S. Federal Wiretapping laws. The AirWarden™ system is a passive system that uses physical characteristics of the signal to detect and locate. This means it will not be affected when drone manufacturers start to encrypt the signal between their drones and controllers. In addition, decoding and demodulating signals takes more time than physical signal analysis. This means systems using this method take longer to detect and locate a device.

Detects in all Weather Conditions

Because AirWarden™ uses the physical signals from drones to detect and locate, it can operate in all weather conditions. It is unaffected by lighting, sound, rain, clouds, fog, background clutter (like leaves or trash being blown about by the wind), or line of site making it suitable for air, ground, and marine UAV detection.

The AirWarden™ open architecture allows communication to/from other systems such as your organization’s existing alarm monitoring or reporting system.

The AirWarden™ system uses only one type of sensor. This means it has:

This results in a lower total cost of ownership.

Read more about our mobile options.